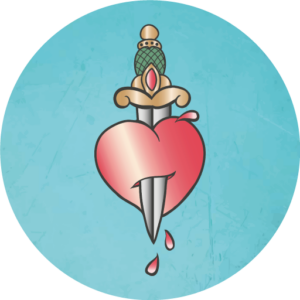 Start › For you as a young person

For you as a young person

Boys’ violence against girls and youth intimate partner violence is when a young person is exposed to violence by a partner. It can also be someone you are not in a relationship with but are dating, having a sexual relationship with, are involved with or previously have had a relationship with. There are different types of violence, such as physical, psychological, sexual and digital violence.

It is common for different types of violence to be used simultaneously. Many describe it as being in a ‘destructive relationship’ where someone exposes them to minor and major abuse over an extended period of time, but it can also be an assault on one specific occasion. Different types of abuse, threats, and violence can be divided on a scale, from sexist language, unwelcome advances, rape, to physical violence. These forms of violence are interconnected. Many boundaries have been crossed before serious violence occurs.

A person who exposes another to violence wields power over the other by making them feel threatened, pressured, and/or unsafe. The victim may feel forced to adapt their life to the person exerting violence to protect themselves. If violence occurs over an extended period of time, the victim sometimes becomes isolated from the outside world, which makes it difficult to leave the relationship. It may be difficult to tell that what someone is exposing you to is actually violence. It may also be difficult to realise that what you are exposing someone else to actually is violence.

The violence, relationship, and situation can take many forms. Regardless of your situation – remember that violence is never okay and often a criminal act. You are entitled to support and help!

There are several places you can turn if you need advice, support, or help. On this page, we have gathered a few of those.

Are you afraid of the person you are with?

Are you suffering because of the way you are being treated by the person you are involved with?

Is your friend suffering in their relationship?

Are you concerned for a friend, family member, or someone else close to you? Reacting to violence is important and there is a lot you can do to offer support.

Do you always want to keep track of your partner?

Have you ever crossed your partner’s physical, emotional, or sexual boundaries? Do you always want to keep track of what the person you are interested in is doing,